Duncan Campbell developed these profiled for asphalt speed cushions whist working as a traffic engineer at Waitakere City Council, Auckland. They were originally sourced from a Canadian specification and the final profile settled for was the 90mm high one, as the original 75mm high cushion was considered to be too subtle when first installed on Wattle Road. Streets in Waitakere these were installed include Wattle Road, Waari Avenue [[1]], Solar Road, and Castleford Street [[2]]

For googlemap view of the Wattle Road example refer: [3]. 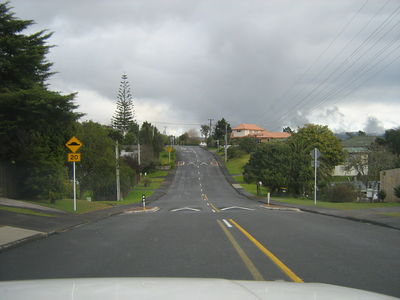