Open Transactions is a decentralised financial tool-kit based on crypto-currency technology and is based in Crypto valley in Switzerland. 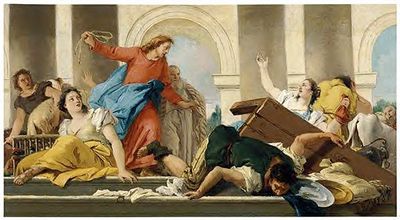 The real beauty of Open-Transactions is the as-yet-unwritten future of new ideas that you can build with it, and the future liberty and security of your children that you can help to protect by doing so, in a very real and tangible way.

The basic principles of OT 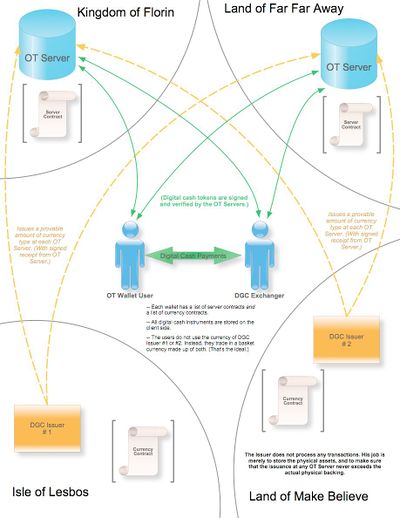 Here's a good intro by the developer of OT, FellowTraveller from the Bitcoin Forum.

The contracts are Ricardian-style contracts, and they are used to denote the servers as well as the asset types. Any new currency on OT is issued by the issuer uploading that currency to any OT server. (The currency will have the same ID across all servers.) You can see a sample currency contract here. The functionality of OT is similar to Ricardo, which is described here (with pictures!), and here is the Ian Grigg URL on Ricardian Contracts.

Triple-Signed Receipts are employed so that servers are unable to forge transactions or change balances. (The server cannot forge your signature on the receipt. The receipt is the account.) The core transaction engine is designed in this way, so that the same protection is afforded to all instruments (such as market receipts, cheque receipts, etc.)

For its core account system and financial instruments, Open-Transactions uses balance agreement and transaction numbers on every receipt, in such a way that the parties to any transaction can prove their balances, and which instruments are valid, without having to store their entire transaction history, and instead by simply producing their last signed receipt. I describe how it all works right here. A similar protocol (Truledger) is very well described here, with examples.

Open Transactions uses Chaumian Blinding to offer the untraceable cash. See a sample piece of OT cash and an article here. There are various digital cash libraries floating around out there. Currently I am using Lucre.

Instead of a centralized model, OT tries to federate its services wherever possible. For example:

Open-Transactions has recently had smart contracts implemented, using the ChaiScript scripting language which embeds into C++.

A very interesting thread started in BitcoinTalk here about joining the Bitcoin-based messaging system, Bitmessage, with Open Transactions to produce a completely p2p anonymous transaction system far superior to Bitcoin or Ripple in terms of security, anonymity and the power of financial instruments it provides. Here's some more links about it:

Here's another interesting conversation from the #agora channel about the potential merger.