Difference between revisions of "Pie menu" 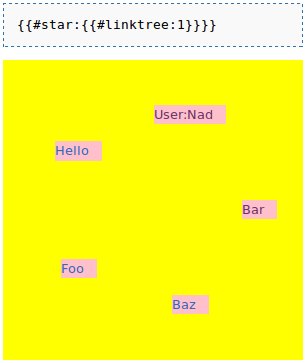 In today's session on the star menu I focussed on getting the basics of the animation working using jQuery's animate() method. Currently I've just applied the animation in a general way so that every <a> element just animates from it's parent's centre (which is also moving) to its designated position on the circumference around its parent. I had to create a global array of all the <a> elements so that data could be associated with them and retrieved from within the animation callback. Here's some screenshots from the animation sequence, followed by the global data and animation code.