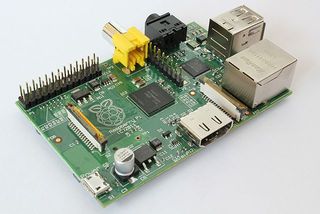 Raspbian is a Debian variant based on the ARM hard-float (armhf)-Debian 7 'Wheezy' architecture port but optimised for the ARMv6 instruction set of the Raspberry Pi hardware. Raspbian provides over 35,000 available deb packages pre-compiled for easy installation on a Raspberry Pi computer, specifically tuned for optimal performance on the Raspberry Pi ARM11 hardware. The Raspbian distribution basically contains the LXDE desktop environment, the Openbox window manager, the Midori web browser, software development tools and example source code for multimedia functions. Raspbian is a project of a small, dedicated team of developers, and is not affiliated with the Raspberry Pi Foundation. 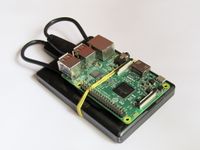