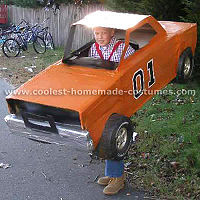 From 2006 - 2010 I was the main traffic engineering designer for the Minor Safety Programme in Waitakere City, Auckland. This was a rewarding experience and this involved well over 100 jobs of significance. A few of the more interesting jobs I think worth mentioning include 1/ Woodlands Park Roundabout; 2/ Corbans Avenue / Henderson Valley Road Seagull Island; and 3/ Rua Road Flush Median . In addition, I developed some Asphalt Speed Cushion Profiles from some online Canadian specifications and installed them in several streets in Waitakere. Of interest is also a small single-lane roundabout at the Seymour Road / Rangeview Road intersection: [[1]].

Myself and Ivan Jurisich at Traffic Engineering Solutions Ltd [2] in 2004/5 developed a new type of roundabout which we call the C-Roundabout of which we have recently built several in Waitakere City, Auckland, New Zealand where I worked as an employee of Waitakere City Council until November 2010. From 2009 - 2011 I have been involved in an NZTA research project which is expected to be published early 2012, entitled Improved Multi-lane Roundabout Designs for Urban Areas. This substantial project has taken over two years to complete, and specifically looks at several topics including a comparison of safety performance with traffic signals, catering for pedestrians, use of sightlines to influence driver behaviour and using speed tables at roundabouts. In 2011 I presented a few of the main findings at the IPENZ conference [3] [4] as well as the International Roundabout Conference in the United States [5] [6]. For some practical examples of this research in Waitakere see Speed Tables at Roundabouts.