This location had historically been a pedestrian (particularly children from the local school) and driver safety issue for local residents, and an obvious solution was not apparent owing to an unusual combination of topography and road layout. Final roundabout design cost approx. $100K to install in late 2008. Following a public submission signed by several hundred residents, Duncan Campbell was the traffic engineer responsible for investigating the concerns relating to pedestrian and vehicle safety at this location, and carried through the design to construction.

The project required an evaluation of several potential options, from a simple refuge island to double-roundabout configurations. The road layout did not lend itself towards a conventional solution as vertical and horizontal alignments were partucularly tricky. The final option was selected following a public meeting with residents where the benefits and disbenefits of all options were presented. The project was constructed in late 2008 and has successfully reduced vehicle speeds and significantly improved pedestrian safety.

The figure below is a preliminary sketch showing the project more or less as it was constructed (new islands shown in red over original layout in black & white), with the central roundabout island being constructed only 20mm high to allow for buses to comfortably turn there in all directions. Deflection through the roundabout was achieved via geometry of the approach islands. For googlemap view see: [1] 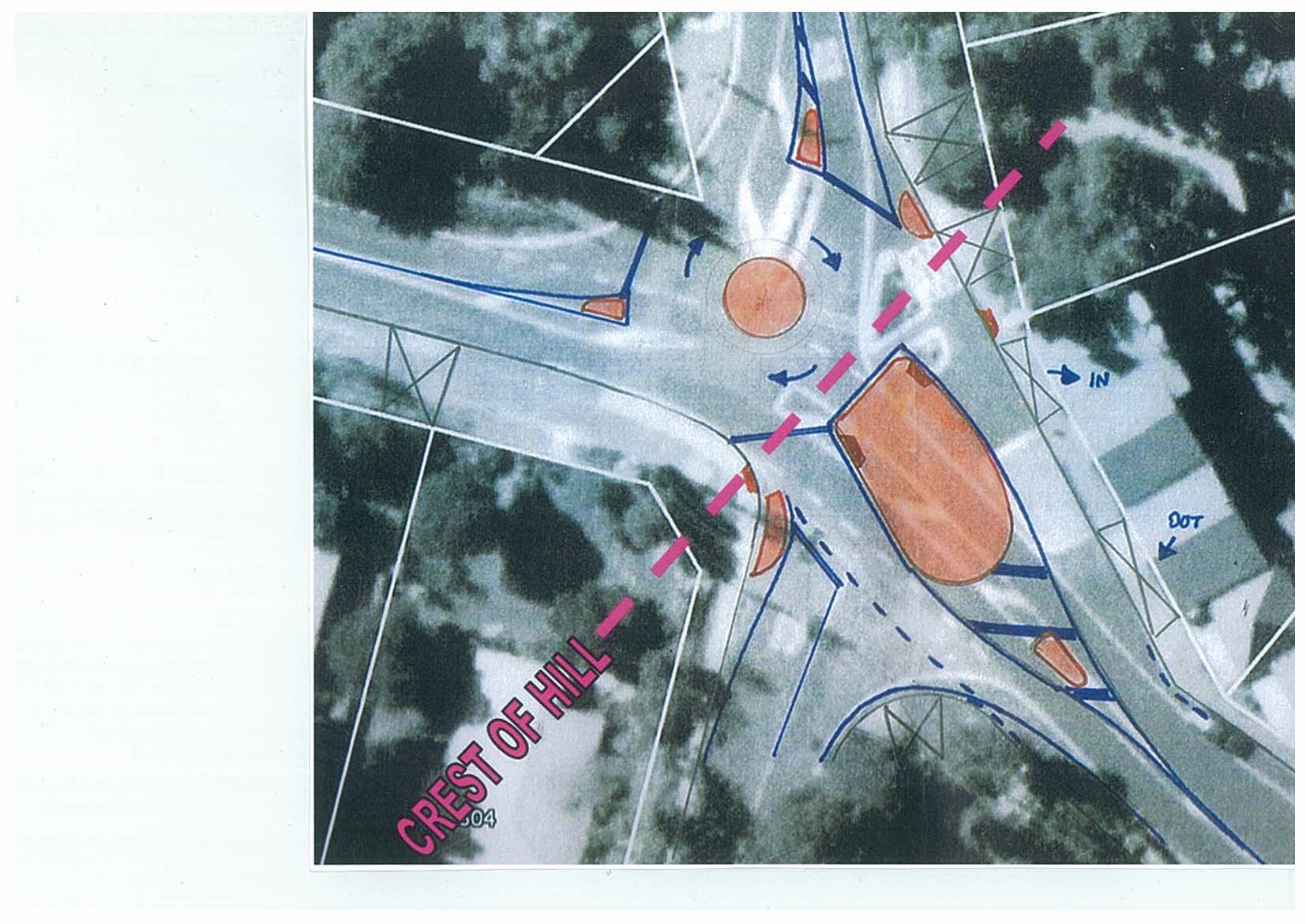