The procedure described here is a way of using the popular Exodus multi-asset wallet software as a secure paper wallet consisting of a single twelve word phrase which can secure a wide variety of different crypto-currencies. Since the twelve word phrase we create allows access to the savings within it, we want to be very certain that it has not been seen by any hackers or malware, so it should be created and written down while the computer is offline, and further more should be created from within an operating system that has never been online before. To do this we'll be using a Linux operating system booted live from a USB stick. 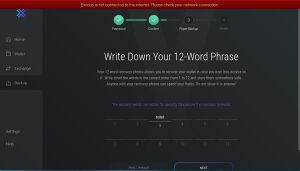 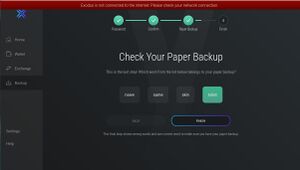 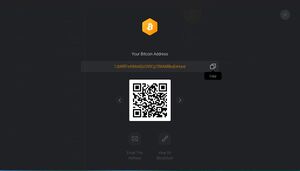 To check the balances of the coins in a safe read-only way you can run Exodus and import the safe-report zip file you exported, note that this will over-right any existing data in Exodus. The safe report allows you to easily keep track of the balances of all the assets in your paper wallet, and even to obtain public addresses of other assets in the same wallet you may wish to send coins to that you didn't initially make a note of.

To spend the coins, you'll need to run Exodus and recover from the twelve word phrase - but note that you would have then compromised the security of your paper wallet, so once you do this it would be best to create another paper wallet and send the remaining funds to it.