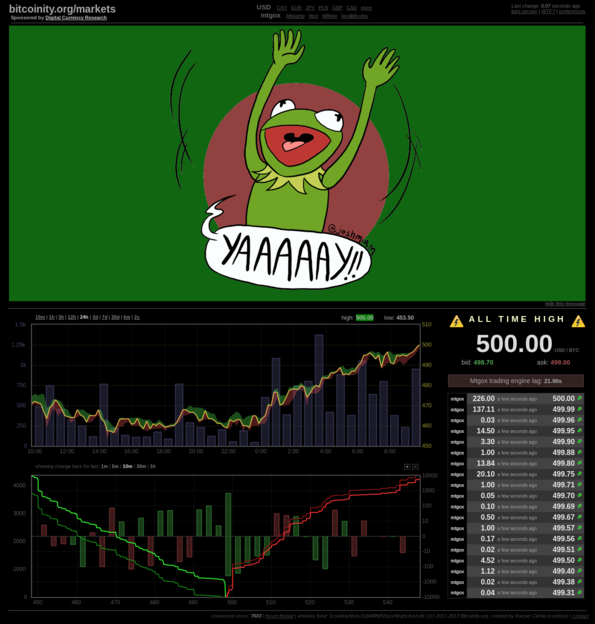 The Bitcoin cryptocurrency's value hit USD $500 today. Many people believe this outrageous price increase to be a temporary bubble, but there are many reasons for it to be going up like this, the main reason for the continual rise in price is that the coins which have a limited supply acts like a share in the Bitcoin economy which is growing much more rapidly than the availability of the coins. The Bitcoin economy as a whole is at about seven billion dollars, but is expected to eventually reach the trillion dollar scale as it becomes more widely accepted and hits mainstream financial businesses and institutions - this would easily push the coin price into the tens of thousands of dollars.

The picture above is a screenshot from the Bitcoinity chart site. When the price hit $500, Kermit the frog appeared shouting "YAAAAAY!!" :-)