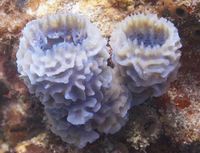 The National Institute of Standards and Technology (NIST) today announced the winner of its five-year competition to select a new cryptographic hash algorithm, one of the fundamental tools of modern information security.

The winning algorithm, Keccak (pronounced “catch-ack”), was created by Guido Bertoni, Joan Daemen and Gilles Van Assche of STMicroelectronics and Michaël Peeters of NXP Semiconductors. The team’s entry beat out 63 other submissions that NIST received after its open call for candidate algorithms in 2007, when it was thought that SHA-2, the standard secure hash algorithm, might be threatened. Keccak will now become NIST’s SHA-3 hash algorithm.