From Organic Design
Jump to:navigation, search
More posts by Nad: < Prev | Next >
Posted by Nad on 24 January 2021 at 23:06
This post has the following tags : Our second year on the land 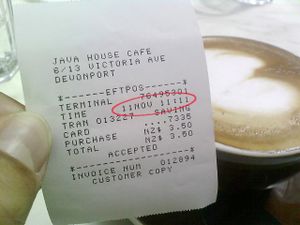 Beth's quite addicted to coffee and can't start her day properly without it, and when she doesn't have it for a day she gets a horrible headache. She decided that due to these negative affects it has on her that it's not very compatible with our healthy lifestyle out here on the land. Both of us have been drinking coffee every day for most of our lives. I agreed with this too and decided to also give up, I thought that for me it wouldn't be much of a problem because I've been without coffee for a day or two every now and again and I didn't really crave for it and didn't notice any headache.

Well about four days after we stopped Beth's headaches started to subside, but I started to get very sick, I had huge migraine headaches and vomiting! then after that subsided a bit, all the muscles in my legs began to ache constantly as if they were all over stretched. No matter what position I'd try and be in nothing would stop the pain! I couldn't sleep at all for four nights!

I couldn't believe this was due to giving up coffee and thought I must have come down with a sickness, so Beth said perhaps I should have some coffee to see if the symptoms subsided. Sure enough an hour after a cup of coffee my muscles started to feel a lot better again! Late that night they started getting bad again, and once again the next day after another cup of coffee the pain eased shortly after! After a week the symptoms had finally subsided completely without requiring any coffee. I was amazed that coffee could have such a severe affect on my body!

Beth's decided to give up completely, but since I don't really have the psychological aspect of the addiction I've decided to still have a coffee every now and again when we're at a café or neighbour's place, but I won't drink it on a daily basis any more.