From Organic Design wiki
Jump to:navigation, search
More posts by Nad: < Prev | Next >
Posted by Nad on 24 February 2016 at 20:01
This post has the following tags : Our forth year on the land

Today we only worked on the house in the morning and took the afternoon off because we had a meeting online to attend. But during the morning session we got most of the roof put on - we're leaving the roofing panels off of the extensions for now because we ran out of bolts, so we don't want to put too much weight on them while they're only nailed in place.

We installed the capping after the two sides were done by having me on top of the roof in the middle and Beth passing the capping pieces up in a bag on some string. Unfortunately the capping was a bit of a disaster :-( we decided to use the only type that the store had so that it could all be delivered in their truck, but this kind is a real pain and not very effective either! It's made of the same material as the panels and corrugated to fit it, and it comes in two separate parts that join in the middle, but the join isn't very good. We'll have to put silver tape over all the joins when we get back from New Zealand - or maybe we'll just rip them all off and use aluminium capping which works really well! 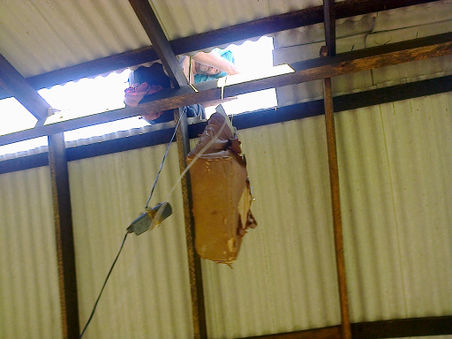 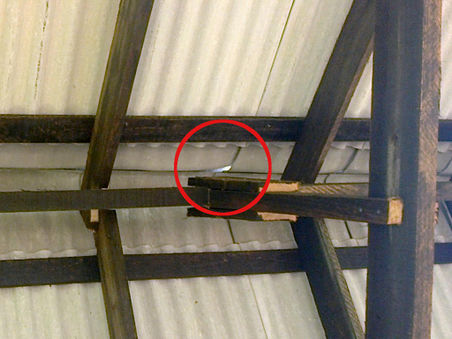 Still, the main reason for getting this little place built now is so we can get our power put on, so a few leaks isn't going to be a problem for that purpose. Here's what it looks like now: 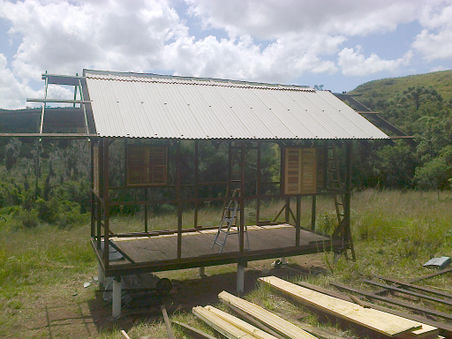