From Organic Design
Jump to:navigation, search
More posts by Nad: < Prev | Next >
Posted by Nad on 25 January 2021 at 15:56
This post has the following tags : Our third year on the land 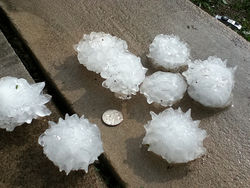 What a week it's been! Beth had booked to do two courses at Arca Verde which is an alternative community just out of São Francisco de Paula. One course is about agro-forestry (more commonly known as "food forests" in the west) and the other is a clown course which is all about how to be yourself and find fun in simple things.

Two days before she was due to leave (cycling 50km with a heavy load) the weather turned bad - really bad! It kept pouring and pouring until the river was only a few metres away from our house. The night before we decided to go together to the hill to call our friend Vladimir in Barragem do Salto (the dam) to see if it was passable - we had to wade through a hundred metres of waste deep water to get out of our island to the hill first. Vladimir said the dam was definitely NOT passable, but that he had a boat and could give her a ride to the other side! So we decided not to let the rain beat her and to confront the rain and mud and go for it!

Luckily the next morning the rain was lighter, the river had receded and the path out through the forest was only a foot deep, so the bike could be wheeled out with the panniers all attached and ready. Then more good luck! Beth emailed a few hours after she'd left and said that Maneco (one of the locals) had passed by and gave her a ride with her bike in the back of the car - he took her to Canela and then she got the bus to São Francisco with the bike on board. So in the end she only needed to ride less than 10km from São Francisco to Arca Verde :-)

Beth said that the Agro-forestry course went really well and that she'd learned a huge amount and that the people there were really like-minded, always talking about things we're really interested in such as alternative currencies and alternative power etc. We've actually been there before when Mum and Dad came over for their holiday, but we didn't get much chance to get to know anyone then.

Then after the first course finished disaster struck! An intense storm rolled in with super-hail as big as eggs which badly damaged their roof causing water to pour in and soak every thing. The only reason they didn't cancel the course was because they needed the income from it to pay to fix the damaged roof! But last I heard they had all worked together and got tarps covering the roof and were drying everything out.

We had a hail storm the night before Beth left which was about the size of marbles with a few gob-stoppers thrown in. I was certain the solar panels would be completely smashed, but amazingly when I went up to check in the morning they were all fine! But we have to think of some way to protect the roof and panels from the super-hail, because apparently it's going to get worse and more frequent for the next few months due to el-nino :-(