Too hot to handle!

From Organic Design wiki
Jump to:navigation, search
More posts by Nad: < Prev | Next >
Posted by Nad on 27 December 2015 at 20:39
This post has the following tags : Our third year on the land

We're staying at Beth's parents place in Brasília at the moment, and soon after we arrived, Beth's Dad introduced me to his new Red Savina Habanero plant! This kind of chilli pepper is extremely hot and held the world record for the hottest chilli from 1994 to 2006 when it was beaten by the Bhut jolokia, and the current record holder since 2013 is the Carolina Reaper which is a hybrid of the other two. These peppers are literally hundreds of times hotter than Tobasco source! So I thought it would be a good idea to cut a whole lot of them up and preserve them in sunflower oil to make a really hot source!

In the process of cutting them into small pieces a lot of the juice went onto my fingers - I didn't think that was a problem because I washed my hands immediately afterwards with plenty of soap. But the juice is so strong that not only did the washing process fail to remove enough to stop it burning, but it also just spread it all over my hands and wrists making my whole hands burn the same way your mouth burns after eating a normal chili! Not only that, but washing the juice into the sink produced choking fumes making me cough uncontrollably! I tried to get it off by having a shower which only proceeded to spread the burning sensation all over my body and into my eyes!!!

I had to pour water directly into my eyes and pat them dry with a towel, and then just accept the burning everywhere else since whatever I did just made things worse :-(

It's about four hours after the incident now and the burning has finally started subsiding! I'm not sure whether I want to take my new hot source home with me now...? 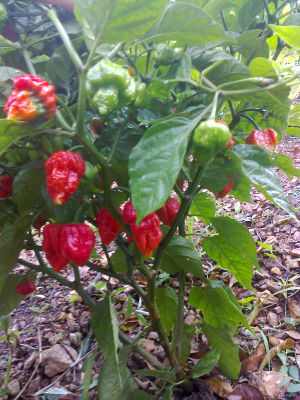 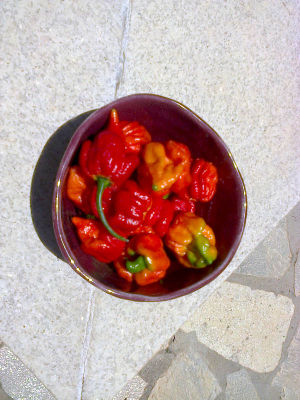 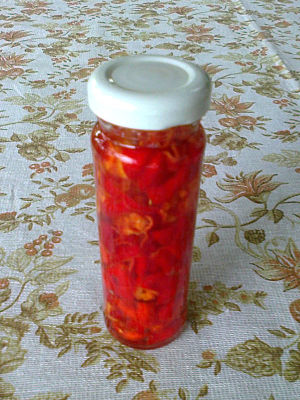