The Social Dilemma is a 2020 American docudrama directed by Jeff Orlowski and written by Orlowski, Davis Coombe, and Vickie Curtis. The film explores the rise of social media and the damage it has caused to society, focusing on its exploitation of its users for financial gain through surveillance capitalism and data mining, how its design is meant to nurture an addiction, its use in politics, its impact on mental health (including the mental health of adolescents and rising teen suicide rates). 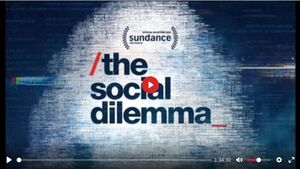 Great pair of documentaries by James Corbett about the history of Big Oil. their connection with Eugenics, and their hijacking of the Technocracy, climate-change and clean energy movements.

See also this interview with James about The Great Reset.

This documentary is based on the book by Andrew Feinstein. Directed by Johan Grimonprez and released in 2016. Too controversial for Youtube and even removed from Aljazeera, but available on BitChute, the P2P video platform. The Shadow World shows the military industrial complex and the corruption that fuels it. It shows how this began and ends in today's world and does so without partisan agenda. It is sure to offend people who follow and support both flavours of the U.S. and U.K. corporatocracy. From Saudi princes to "underground" arms dealers to puppet dictators placed by united states intelligence agencies this documentary covers a lot of ground. If you are already familiar with the multi-billion dollar international arms trade there is plenty of new information here and if the military industrial complex is unfamiliar to you prepare to have your mind blown. 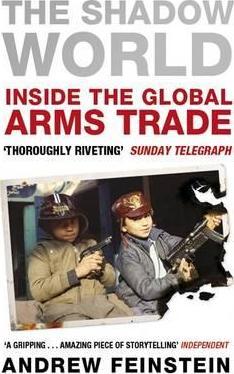 The global economy is in crisis. The exponential exhaustion of natural resources, declining productivity, slow growth, rising unemployment, and steep inequality, forces us to rethink our economic models. Where do we go from here? In this feature-length documentary, social and economic theorist Jeremy Rifkin lays out a road map to usher in a new economic system.

A Third Industrial Revolution is unfolding with the convergence of three pivotal technologies: an ultra-fast 5G communication internet, a renewable energy internet, and a driverless mobility internet, all connected to the Internet of Things embedded across society and the environment.

This 21st century smart digital infrastructure is giving rise to a radical new sharing economy that is transforming the way we manage, power and move economic life. But with climate change now ravaging the planet, it needs to happen fast. Change of this magnitude requires political will and a profound ideological shift.

Excellent documentary about the current state of our social mechanism, how it got this way, how capitalism and democracy were meant to work and how we could change it. I think this is probably the current number one doco to pass around to those who want to quickly get up to speed with the state of affairs of the social mechanism and how it got this way.

The crises of civilisation

The film reveals how a failure to understand the systemic context of these crises, linked to neoliberal ideology, has generated a tendency to deal not with their root structural causes, but only with their symptoms.

This has led to the proliferation of war, terror, and state-terror, including encroachment on civil liberties, while accelerating global crises rather than solving them.

An oldie but a goodie, "Outfoxed" examines whether and how media empires, led by Rupert Murdoch's Fox News, have an active campaign to misinform people for personal gain. This film provides an in-depth look at Fox News and the dangers of ever-enlarging corporations taking control of the public's right to know.

Robert Greenwald's film explores Murdoch's burgeoning kingdom and the impact on society when a broad swath of media is controlled by one person. Media experts, including Jeff Cohen (FAIR) Bob McChesney (Free Press), Chellie Pingree (Common Cause), Jeff Chester (Center for Digital Democracy) and David Brock (Media Matters) provide context and guidance for the story of Fox News and its effect on society.

This documentary also reveals the secrets of Former Fox news producers, reporters, bookers and writers who expose what it's like to work for Fox News. These former Fox employees talk about how they were forced to push a "right-wing" point of view or risk their jobs. Some have even chosen to remain anonymous in order to protect their current livelihoods. As one employee said "There's no sense of integrity as far as having a line that can't be crossed."

A must-see documentary showing how the financial system has gotten into the corrupt state it's in now by taking over government and corrupting the law, ratings institutes and educational system.

The popular Zeitgeist movement started off as a movie for an art installation which quickly went viral. The main idea behind the Zeitgeist movement is that the whole global system is a failure, and the roots of the problem are the market-based economy itself. The only solution for Humanity is to remove the market and money completely and move towards a resource-based economy. After a lot of feedback Zeitgeist Addendum was released which was designed to be more of a documentary with proper references. Peter Joseph has continued to refined the documentary more and more. He has released many other series, documentaries and interviews which are all listed here. Below is the latest version of the main documentary, Zeitgeist Moving Forward.

The Secret of Oz

From the producer of The Money Masters.

The world economy is doomed to spiral downwards until we do 2 things: outlaw government borrowing; 2. outlaw fractional reserve lending. Banks should only be allowed to lend out money they actually have and nations do not have to run up a "National Debt". Remember: It's not what backs the money, it's who controls its quantity.

This is the absolute must-watch definitive documentary on 911 as of 2013. It's been very clear to me (and numerous architects and engineers) since the beginning that there's no way those three towers could come down at near free-fall without the use of explosives.

But then NIST came up with their preposterous report as to how these buildings could collapse like this due to fire alone (the first and only three times ever in history) people were considered as deluded "conspiracy theorists" for believing in the controlled demolition theory.

Well a lot of new evidence has surfaced over the last decade and this documentary completely turns the tables - anyone who does not believe it was a controlled demolition after watching this and then conducting their own research into the facts presented are the delusional ones and are suffering serious denial problems.

While we're on the subject of 9/11, here's the latest documentary (as of late 2015) about it after more years have gone by and more evidence has come out of the wood work.

Adam Curtis worked for many years in the BBC news studio and became very familiar with the available footage and grew a clear picture of the reality of what was happening in the world which he saw differed greatly from the stories that was being reported. Years later he put together these documentaries using real news footage (which is publicly available but little known). These are top quality films but very information dense, so have a notebook handy!

An educational documentary about the fractional reserve banking system; a subject around which discussion is usually heavily obsfucated due to its foundation in fraud.

Money is just information, a way we measure what we trade, nothing of value in itself. And we can make it ourselves, to work as a complement to conventional money. It’s just a matter of design.

Money is at the intersection of nearly every aspect of modern life. Most of us take the monetary system for granted, but it has a profound and largely misunderstood influence on our lives. The Money Fix is a feature-length documentary exploring our society’s relationship with the almighty dollar.

The film documents three types of alternative money systems, all of which help solve economic problems for the communities in which they operate.

The Money Fix examines economic patterning in both the human and the natural worlds, and through this lens we learn how we can empower ourselves by redesigning the lifeblood of the economy at the community level.

These things that are not really presenting themselves honestly or that hide something about their nature that’s really scary. We want to bring that out. We want to show that. We want to demonstrate that. And so for like the WTO, we think that the WTO is doing all these terrible things that are hurting people and they’re saying the exact opposite.

And so, we’re interested in correcting their identity in the same way that an identify thief steals somebody’s identity in order to just basically engage in criminal practices. We target people we see as criminals and we steal their identity to try to make them honest, or to try to present a more honest face. The Yes Men are a group of culture jamming activists who practice what they call “identity correction” by pretending to be powerful people and spokespersons for prominent organizations. They create and maintain fake websites similar to ones they want to spoof, and then they accept invitations received on their websites to appear at conferences, symposia, and TV shows.

Their newfound, self-proclaimed authority to express the idea that corporations and governmental organizations often act in dehumanizing ways toward the public has met both positively and negatively with political overtones. Elaborate props are sometimes part of the ruse, as shown in their 2003 DVD release The Yes Men. The Yes Men have posed as spokespeople for The World Trade Organization, McDonald’s, Dow Chemical, and the United States Department of Housing and Urban Development. The two leading members of The Yes Men are known by a number of aliases, most recently, and in film, Andy Bichlbaum and Mike Bonanno.

Their real names are Jacques Servin and Igor Vamos, respectively. Servin is an author of experimental fiction, and was known for being the man who inserted images of men kissing in the computer game SimCopter. Vamos is an assistant professor of media arts at Rensselaer Polytechnic Institute, New York. They are assisted by numerous people across the globe.

WMD, a 100 minute non-fiction film, explores this story with the findings of a gutsy, media insider-turned-outsider, former network journalist, Danny Schechter, who is one of America’s most prolific media critics.

Schechter says he “self-embedded” himself in his living room to monitor media coverage, by fastidiously tracking the TV coverage on a daily basis.

He wrote thousands of words daily about the coverage for Mediachannel.org, the world’s largest online media issues network, and then collected his columns, blogs and articles in a recently published book, EMBEDDED: Weapons of Mass Deception (Prometheus Books).

He has continued his one-man investigation with WMD, a two-hour indie non-fiction film that asks the questions that his media colleagues refused to confront before, during and after the war. Featuring footage from inside Iraq, and inside the media, WMD tracks the media war through February 2004.

The Power of Community - How Cuba Survived Peak Oil

The Community Solution is an organisation exploring the peak oil crisis. Its focus is on local community-based solutions that reflect the values of cooperation, conservation and curtailment. This documentary focusses on Cuba, a nation which has already had to deal with their own peak-oil crisis as they were cut off from all foreign resources including oil and foreign investments.