A huge pile of shit!

From Organic Design
Jump to:navigation, search
More posts by Nad: < Prev | Next >
Posted by Nad on 13 April 2021 at 17:32
This post has the following tags : Our sixth year on the land

We just paid a thousands bucks for nothing but a big pile of shit - literally - R$1200 for sixteen tons of chicken manure! Actually we gave the guy an extra couple hundred because we ordred it when we were in Canela and told him we'd head home first and let him know if the road was ok for a big truck. Well it seemed ok, but when we returned to meet him and guide him back the road had somehow got much more slippery - so slippery that even the Hilux was sliding all over the place in some parts! Still, he took it slow and got there in ok in the end, but there was no way he was going to do the last kilometre, so we're moving it the rest of the way a trailer load at a time. 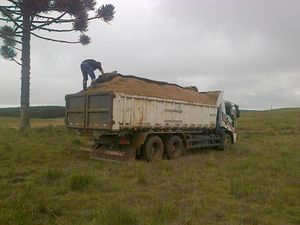 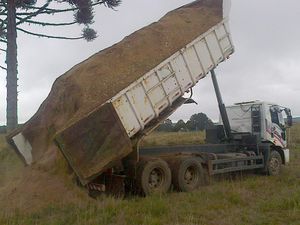 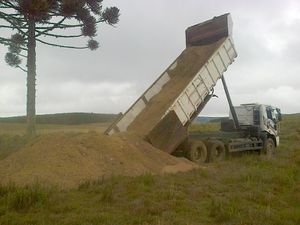