It's time to start collecting Pinhão this month. It's best to do it early so they're still fresh and the worms haven't gotten to them. See May for more details about Pinhão. The Azure Jays (Gralha) are normally quite solitary, but this month they gather in big groups of 20 or more to collect Pinhão together and take them back to their nests.

There's pumpkins, tomatoes and capsicums in season, and many plants are in flower such as the Chia and Basil which are filled with all types of bees and butterflies.

The blackberries are ripe this month, in 2015 we had only one bush that gave any fruit which wass in the middle of the road through the forest, but there were many other bushes throughout the forest and Beth replanted a dozen or so of them around the edge of the garden where they'll get some sun and should produce fruit. As of 2018, there are two new locations around the garden that are bearing fruit, and also the ones in the forest road have spread along the road to a couple more places. I also found another big bush bearing fruit in the second island. 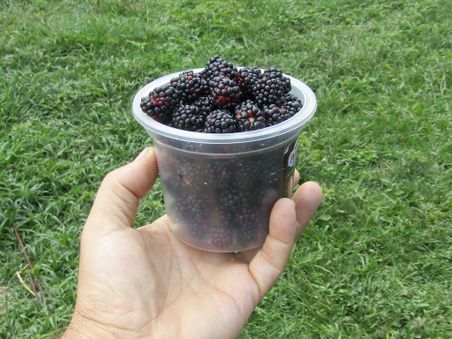 The pumpkins and chuchu are ready in April as well, but will start dying off as the frost starts. 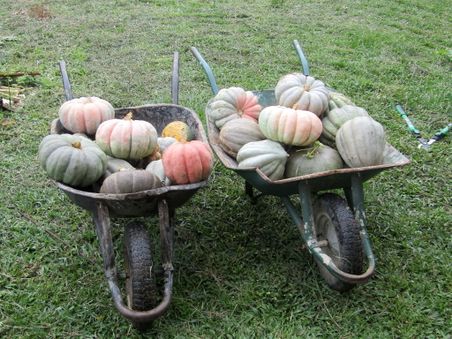 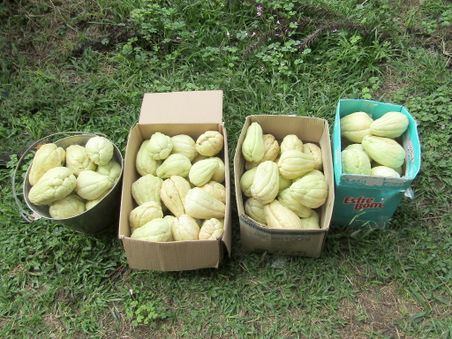 There's not much heavy rain in April, but the weather's starting to cool down with a lot of overcast drizzly ten degree days, but also some very hot sunny days.