Back into the 4x4 team

From Organic Design
Jump to:navigation, search
More posts by Nad: < Prev | Next >
Posted by Nad on 09 March 2017 at 11:27
This post has the following tags : Our fifth year on the land

We decided that we need to trade the Sandero for a 4x4 because it's slowly getting more and more damaged each time we go anywhere in it. So far it's only been very minor damage such as all the protection on the bottom being dented and having to have bolts replaced or added, but it would have only been a matter of time before something more delicate on the bottom broke or we lost control and smashed something more major on it. But even more importantly is that now we're going to the city regularly, but it depends on the weather if we can actually leave or not - and visa versa we don't know if we can make it back, we might have to turn around and get a hotel if there's been too much rain here! So we decided to trade it for something more powerful while it still had most of its value.

After looking at a few other options we settled on this twenty year old 3L diesel Hilux from a used car company in Canela, it was quite a coincidence because Beth had just been to a mechanic to ask for recommendations, and a couple of hours later he went to visit a friend who happened to be selling a Hilux that the mechanic thought would be perfect for her! It's done over half a million Km, but it's only had two owners and the last owner had the whole engine replaced so it's effectively done a lot less distance.

It was quite muddy when we drove it back last night, but it was no problem at all - Beth was whipping over all the difficult parts in the road at 60k that we usually had to practically stop on before, laughing hysterically all the way! I drove the second half of the way which has the parts that normally involved a lot of surfing, but the Hilux handled it perfectly only having to surf through the forest at the end - the old Crumpie and Scottie ads are no exaggeration, it was just like that coming back to the land! The forest was no trouble at all, even after it had been raining a lot, it was far easier than it ever had been in Nivinha :-)

Here's a photo of it, we should have a bunch more soon after we give Vaca Velha a try! Update: after a fair bit of rain we decided to go for a bit of a drive to test it out, but it wasn't a very long drive - we almost got through the forest path and then it got stuck in the mud! It looks like the tyres are much too smooth for our conditions :-( 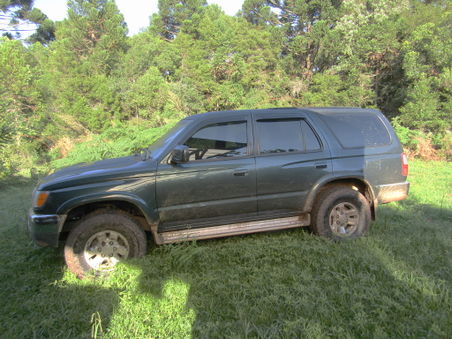 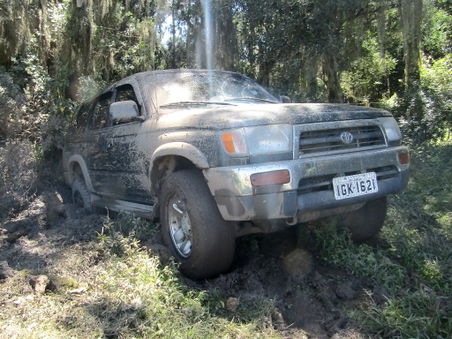 At the moment it has Pirelli Scorpian ATR tyres which are 50/50 off-road/on-road tyres, but we need to upgrade to at least the MTR's which are 80/20 or maybe even the Scorpian Mud's. 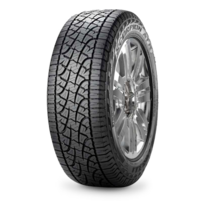 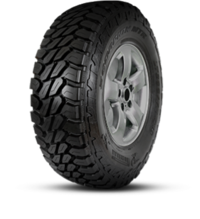