From Organic Design
Jump to:navigation, search
More posts by Nad: < Prev | Next >
Posted by Nad on 24 December 2016 at 13:02
This post has the following tags : Our forth year on the land

We're really pleased that we took the time to save a couple of the raspberries from the ant attacks because they've been amazingly productive. It turned out the cotton wool wasn't very effective (and neither was tin foil which was another method we'd been told stopped them), but the PVC pipes reduced the majority of them, and putting habanero sauce at the top of the pipes when they get particularly crazy works very well. In the last week or so these two plants have been giving us a whole punnet of raspberries every day! 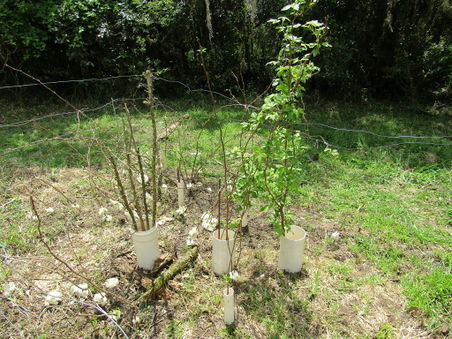 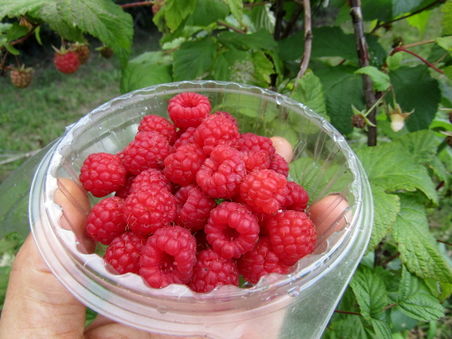 We've found that putting a mixture of yeast and sugar in the path of the ants seems to work very well too, they take some of it back to the nest and the yeast bacteria competes with the fungus that they use all the leaves to produce for food. They have no way to get rid of the bacteria once it starts to grow and have no choice but to close down the whole nest and start another one somewhere else. One big nest about a cubic metre in size has recently been abandoned, but it's important to keep putting the mixture around otherwise the new nest will go through a very productive phase as it grows in size.

It's not a very harmonious solution, but until we figure out a better way it's going to have to do. We've been told that they only go crazy and completely destroy plants like this when there's something out of balance in the environment, so maybe as we make the land more fertile and productive it will help fix the balance and we can co-exist with the ants in harmony - but for now the yeast-nuke stays.