From Organic Design wiki
Jump to:navigation, search
More posts by Nad: < Prev | Next >
Posted by Nad on 02 December 2016 at 19:38
This post has the following tags : Our forth year on the land

We collected our new mulcher today from a small town just out of Caxias do Sul called Farroupilha which turned out not to be so small - it looks like it's almost as big as Caxias! But Wikipedia reckons its population is only about 70 thousand, whereas Caxias is about half a million - still, a lot bigger than we were expecting. We chose the store in Farroupilha because they were R$400 cheaper than the next best offer in Caxias. 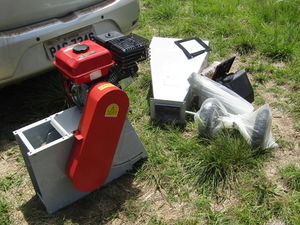 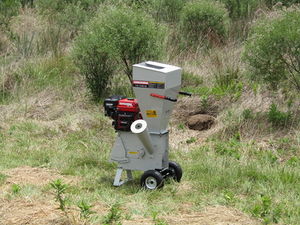 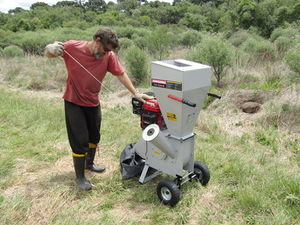 I got the thing assembled with only a couple of minor problems - I had to bash a couple of bolts with a hammer to get them to line up with the holes and then I had three nuts and bolts left over at the end - but I figured they were probably just spares and the manual was all written in Chinese or Portuguese or something...

It was a bit of a drama at first because we got it started no problem, but as soon as we started pushing some serious foliage in there the engine stalled! This thing's supposed to have the strength of seven horses!!! Luckily we realised after a few minutes of cursing dodgy Chinese manufacturing practices, that we'd forgotten to turn the gas inlet valve to open, so it had been operating on the gas already in the mechanism. After adjusting that, starting it again, and giving it a few seconds to get itself together after having its protocols violated, it sounded a lot better and started mashing stuff up really well :-) 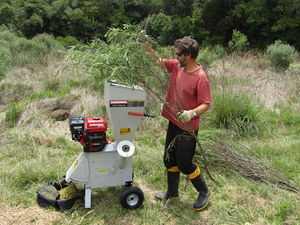 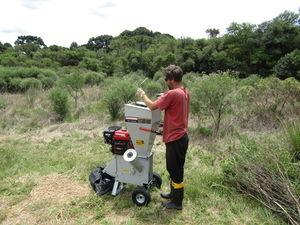 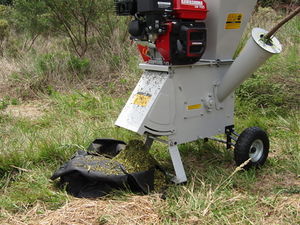