From Organic Design
Jump to:navigation, search
More posts by Nad: < Prev | Next >
Posted by Nad on 26 June 2016 at 21:47
This post has the following tags : Our forth year on the land

We've always noticed another Lada Niva whenever we visit Canela, and last time we went there for supplies a couple of weeks ago we decided to stop and ask the owner if he'd be interested in, or knew of anybody who'd be interested in buying ours since it's just been sitting there for two years now.

It turns out that the owner of this other Niva, Riccardo, is a mechanic and he knows our neighbour Juca and said he'd be visiting him in a couple of weeks and could pop in and look at our Niva :-)

Well today was that day, and in late afternoon a whole bunch of them turned up, not only in the Niva, but another jeep and a "Gaiola" which is a car made up of all sorts of pieces of other cars and are not generally legal to drive on the roads. 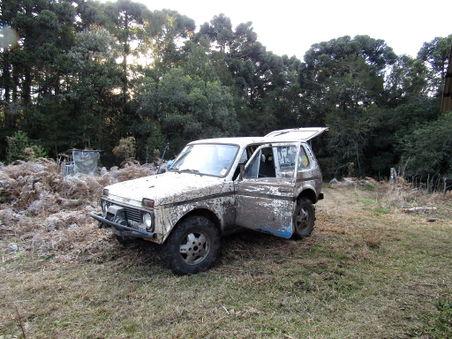 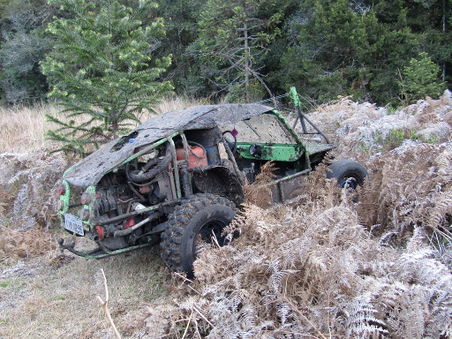 The instructions Juca gave them to find us was to carry on until they were sure they had gone further than anyone could possibly live and then keep going!

We heard all their loud engines stop in the field when they arrived, so I went out to tell them they should carry on through the forest. They thought I was kidding and I had to run ahead and wave for them to follow me!

A bunch of them adjusted various bits and replaced the coil for about twenty minutes, and then vrooom! she started! A bit smoky at first, but it cleared up after a while. Unfortunately they couldn't get it to actually drive, as they said they'd need to return with a few more parts, but apart from having a very old engine it's actually in pretty good shape :-) 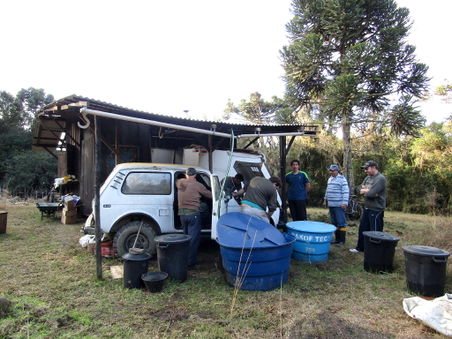 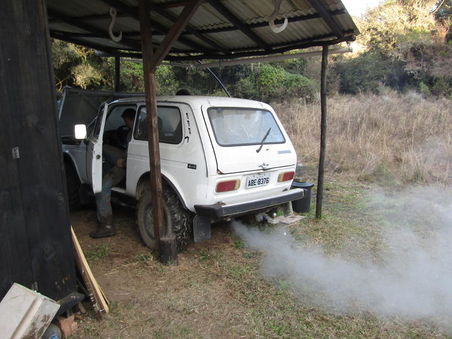 They're going to come back in a few weeks for lunch and more repairs, and then I think we may have to let them take Nivinha away to a better home with someone who takes proper care of her, but we'll be very sad to see her go :-(